Jean Downing, passed on Sunday, April 26, 2020.  Please keep the family in prayer.  Additional information will be added when it becomes available 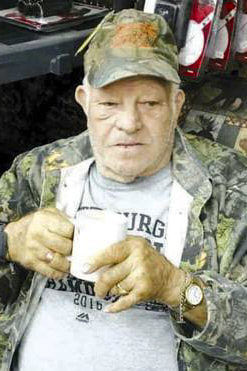 Junior Eisenhuth, 89, of Knox passed away Sunday April 26, 2020 at the UPMC Northwest Hospital in Seneca.

Junior was born in Beaver Township on October 6, 1930 to Ed and Nellie Eisenhuth. He was the youngest of seven siblings.

Junior graduated from the White Memorial High School in 1950. After graduating, Junior worked at several area businesses before being drafted in December of 1951. He completed basic training at Fort Leonard Wood in MO, from there was shipped out to Korea. While in the military he acted as a crane shovel operator and served in the 2nd Division (Hell on Wheels). In his short time in the military he earned the rank of Sergeant and was awarded with the National Defense Medal, United Nations Service Medal, Korean Service Medal (3 Bronze Stars), and the Good Conduct Medal.

Upon returning home from Korea in 1953 Junior married his sweetheart Mary Armstrong who preceded him in death in 2013.
Junior has worked for and owned many local businesses throughout the years. He began his working U.S. Corrugated. In 1956 Junior opened the Atlantic Richfield Service Station which was later renamed the Arco Station. Many residents may remember getting gas at his station during this time and receiving promotional gifts. In 1981 Junior moved his business to the Quaker State Gas Station and then in 1987 he bought the Slicker Pipe and Tool building and turned it into Jr’s Service Center. He retired in 1992 and sold the garage to his son in law Jeff Wollaston so it could continue to flourish.

Junior was well known for driving the Keystone High School's activities bus from 1954 to 2007 and regular school bus routes from 1972 to 2007.

Junior belonged to several local organizations. He served as the Little League Baseball President and served on the Knox Ambulance Board. He was a member of the Knox Lions, the Knox Volunteer Fire Co., the Wentlings Coroners Community Club for over 20 years, the Clarion County Rod and Gun Club since 1956, the American Legion since 1970, the Bucktails of Beaver Township where he served as president for 14 years and the Edenburg Masonic Lodge 550 for 60 years where he earned the 32 Degree.
Junior loved the outdoors and was an avid hunter and fisherman. He was involved in the Beaver Ponds Project for 10 years, was active in the Clarion County Federation of Sportsmen’s Clubs for over 20 years and served as County Delegate for over 15 years. He was a member of the Northwest Division of PFSC for over 16 years, Vice President for 3 years and President for 2 years as well. In 1991 Junior became the President of the Clarion County Sportsman for Youth which he held for 14 years before stepping down. His grand children loved attending the Youth Field Day and spending time with their “Poppie, he would always call their mom’s the night before registration and remind them to get the kids signed up. For his years of involvement in all the organizations he was recognized as the 2002 Clarion County Conservation Person of the Year, in 2010 was inducted into the PA Sportsman’s Hall of Fame and in 2018 was Knox’s Citizen of the Year.

Along with his wife and parents Junior was preceded in death by a granddaughter Amber Heeter, a son in law Jeffery Wollaston and his siblings Grace Best, Sara Best, Sam Eisenhuth, John Eisenhuth, Frank Eisenhuth and Bob Eisenhuth.

Due to the current corona virus pandemic, a private family viewing will be held at the McEntire-Weaver Funeral Home in Knox and interment will take place at the Mt. Joy Cemetery. A public memorial service will be announced at a later date.

In lieu of flowers the family request memorials are made to the Knox Area Ambulance Co., PO Box 636, Knox PA 16232, the Clarion County Sportsman for Youth, PO Box 953, Knox PA 16232 or the Clarion Area Agency on Aging, 16 Venture Lane, Clarion PA 16214.
​
To view and share photos or leave an online condolence please visit our website at www.mcentire-weaverfuneralhome.com.

Benjamin was preceded in death by a number of paternal and maternal great and great great grandparents and great and great great aunts and uncles.
​
Friends will be received at the Hile Funeral Home Inc., 1204 Kerr Ave., Emlenton, from 4 – 6:45 p.m. Thursday where a funeral service will follow at 7:00 p.m. with the Rev. Lewis Bennett, pastor of New Zion E.C. Church, Emlenton.  Condolences may be sent by visiting www.hilefh.com. 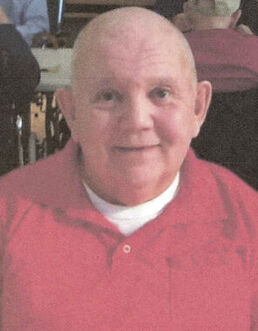 Pete was a 1959 graduate of Meadville High School. He was a U.S. Navy Veteran, serving from 1958 to 1961. He worked at Pat & Pete's Grocery, Weldon's Clothing, Meadville Ambulance Service, former manager of the Downtown Mall in Meadville, former building superintendent for the Crawford County Court House, and at Westminster Highlands Church Camp.

Pete was a member of the First Presbyterian Church. He was a former member of the Rotary Club of Meadville, Meadville Elks Lodge 219, and former volunteer fireman for the Davis and Dick Hose Companies. He was actively involved for many years with Boy Scout Troop 244 and enjoyed traveling and gardening.

In addition to his parents and wife, he was preceded in death by a granddaughter, Elisabeth.

Family and friends will be received on Thursday, September 26th from 10 a.m. to 12 p.m. at the ROBERT W. WAID FUNERAL HOME, 581 CHESTNUT ST., MEADVILLE where the memorial service will follow at 12:00 p.m. with the Rev. Sam Marchetta officiating.

Private interment will be in Roselawn Memorial Gardens with military honors.

Memories and condolences may be shared at www.waidfuneralhome.net.
To send flowers to the family of Peter Lee Balsamo, please visit Tribute Store. 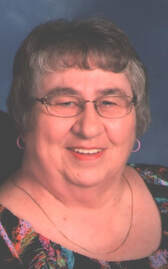 Sandra K. “Sandy” Clark, 72, of Emlenton, went to be with the Lord early Thursday morning, September 19, 2019 while surrounded by her loving family at UPMC Shadyside following a brief illness.

Sandy was a graduate of Allegheny-Clarion Valley School District in 1965, the last class that graduated from the Emlenton High School building.  She was a long time active member of New Zion E. C. Church in Emlenton.  She had served as Sunday School treasurer and board member and coordinated church funeral dinners for many years.  Sandy had a kind and loving personality, always concerned for others.
Sandy was a homemaker and was employed for more than 10 years as a cashier at Wal-Mart in Cranberry.  She and her husband enjoyed attending car cruises and shows.

Surviving is her husband, David M. Clark, whom she married in Lamartine on December 2, 1967.  Also surviving are three children, Terry L. Clark and his wife, Maria, and Tammy L. Courson and her husband, Clay, all of Emlenton, and Tricia L. Way and her husband, Michael, of Sarver; five grandchildren, Allison, Seth, Justin and his wife, Ashley, Jadyn and Dalton; two great grandchildren, Aleya and Kayge; a brother, Kenneth E. Ritts and his wife, Barb, of Emlenton; a sister-in-law, ​​Debbie Bolden, of Columbus, OH, as well as a number of nieces, nephews, cousins, and friends.
​
In addition to her parents, Sandy was preceded in death by her in-laws.

Memorial contributions may be made to: ​​

For additional information or to send a condolence, please visit www.hilefh.com. 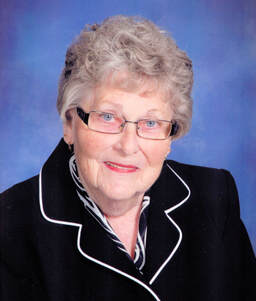 ​Joan P. Carpenter, 82, of Meadville died Sunday, July 7, 2019 at Meadville Medical Center.  She was born September 16, 1936 in Bradford, PA a daughter of Carl and Grace Eggleston Andrews.  She had been married to Louis H. Carpenter, Jr. and he preceded her in death November 7, 2015.

She was a 1955 graduate of Randolph High School and worked as an operator with Bell Telephone Co.  She was a former member of Lyona Bible Church and had attended New Beginnings Church of God.  She was a member of the Pioneers (a Bell Telephone Group) and enjoyed knitting, crocheting, cooking and baking.

In addition to her parents, she was preceded in death by her step-mother, Jane Andrews.

Calling hours will be Thursday, July 11th from 4-7 p.m. at the Robert W. Waid Funeral Home, Inc., 581 Chestnut Street, Meadville.  The funeral and committal service will be Friday, July 12th at 11 a.m. at the funeral home with Rev. Philip Torre, officiating.

Interment will be in North Richmond Cemetery.

Memories and condolences may be shared at www.waidfuneralhome.net 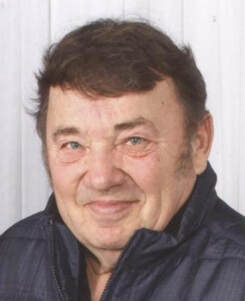 ​Francis M. “Bill” Heckethorn Jr., 77, of Emlenton, passed away Friday, June 28, 2019 at UPMC Mercy Hospital while surrounded by his family.

Born in Eau Claire on October 8, 1941, Bill was the son of the late Francis M. and Velma Greenawalt Heckethorn.  After the untimely passing of his mother at age 4, Bill was raised by his aunt and uncle, Don and Glenna Kohlmeyer.

Bill was a 1960 graduate of Moniteau High School.  He then served six years in the U.S. Army National Guard.  He attended New Zion E.C. Church in Emlenton.  Bill was an avid outdoorsman, spending much time gardening, cutting wood, turkey hunting and groundhog hunting, and fishing, especially in Canada.  Bill was an avid NASCAR fan and a loyal “Ford Man”.  Bill had a well-known passion for the “big boy toys” and occasionally pushing their limits.  He owned and flew an ultralight airplane, several motorcycles and snowmobiles, and antique Jubilee and Ferguson tractors.  Above all else, Bill enjoyed spending time with his grandson, Joshua.

Bill had been employed by Central Electric Cooperative for 38 years, retiring in 2009.
Surviving is his wife, Paula J. Renfrew Heckethorn, whom he married at the Nickleville Presbyterian Church on November 5, 1966.  Also surviving is a son, Jay B. Heckethorn and his wife, Sarah, of Seneca; a grandson, Joshua David Heckethorn; three sisters, Jean Carlson of Findley, OH, Nancy Weeter of Emlenton, and Kay Courson of Sligo, as well as a number of nieces, nephews, cousins, brothers-in-law and sisters-in-law.

In addition to his parents and aunt and uncle, Bill was preceded in death by several brothers-in-law.

A funeral service will be held from the funeral home at 12:00 Noon Wednesday ​with the Rev. Lewis Bennett, pastor of New Zion E.C. Church, officiating.

​Military honors accorded by the V.E.T.S. Honor Guard will follow at the funeral home.
​Interment will be in Salem Lutheran Cemetery.

Memorial contributions may be made to Christian Life Academy, 3973 SR 257, Seneca, PA 16346.
For additional information or to send a condolence, please visit www.hilefh.com.